One Nation back inside single figures, in an otherwise uneventful reading of the BludgerTrack poll aggregate.

NOTE: Apologies for the ongoing situation with the formatting in comments. This is not intentional and the former state of affairs will be restored, hopefully soon.

This week’s BludgerTrack reading records a dip in support for One Nation that brings them back inside double figures, but is otherwise essentially unchanged since last week. However, I am not including Ipsos at this stage, as the peculiarities of its two results (extremely high results for the Greens, a radically different result on two-party preferred from one result to the next) are such that it’s just bringing noise to the model. However, it has been included for leadership ratings, which this week record a mild improvement for Malcolm Turnbull. 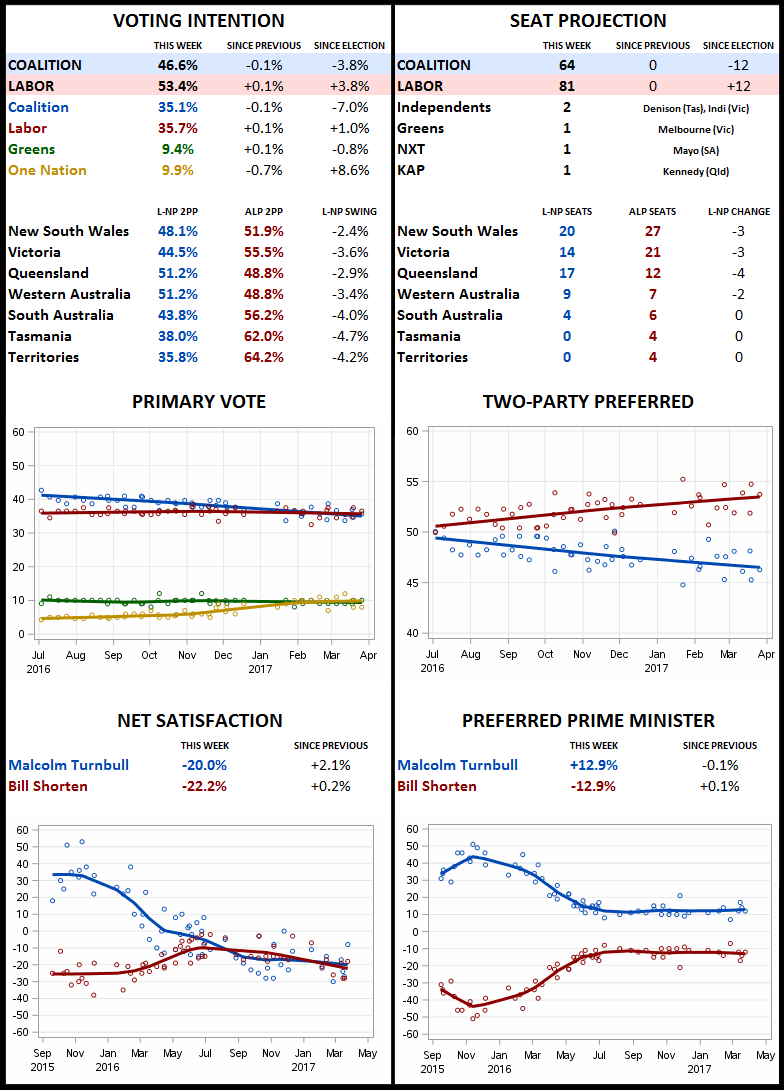