BludgerTrack provides a fitting end for 2016 by recording another solid movement in favour of One Nation.

The Australian has produced two tranches of Newspoll quarterly breakdowns over the past two days, the first being the all-important (from BludgerTrack’s perspective) state breakdowns, followed by breakdowns by age and gender, all of which is derived from the entirety of Newspoll’s surveying from October to December. Together with last week’s Essential Research result, this constitutes the final piece in the BludgerTrack puzzle for the year. The result finds further evidence of momentum for One Nation, who have ended the year only two points shy of the Greens. The Newspoll breakdowns have contributed to an improvement for the Coalition in Victoria, where they gain a seat on the projection, relative to Western Australia and South Australia, where they lose one apiece.

Also from Essential Research this week has been state voting intention results for the mainland states, which, like the Newspoll breakdowns, are compiled from polling conducted through the last three months of the year. I’ll have more to say about these as Newspoll unrolls its own state polling over the coming weeks (I hope). 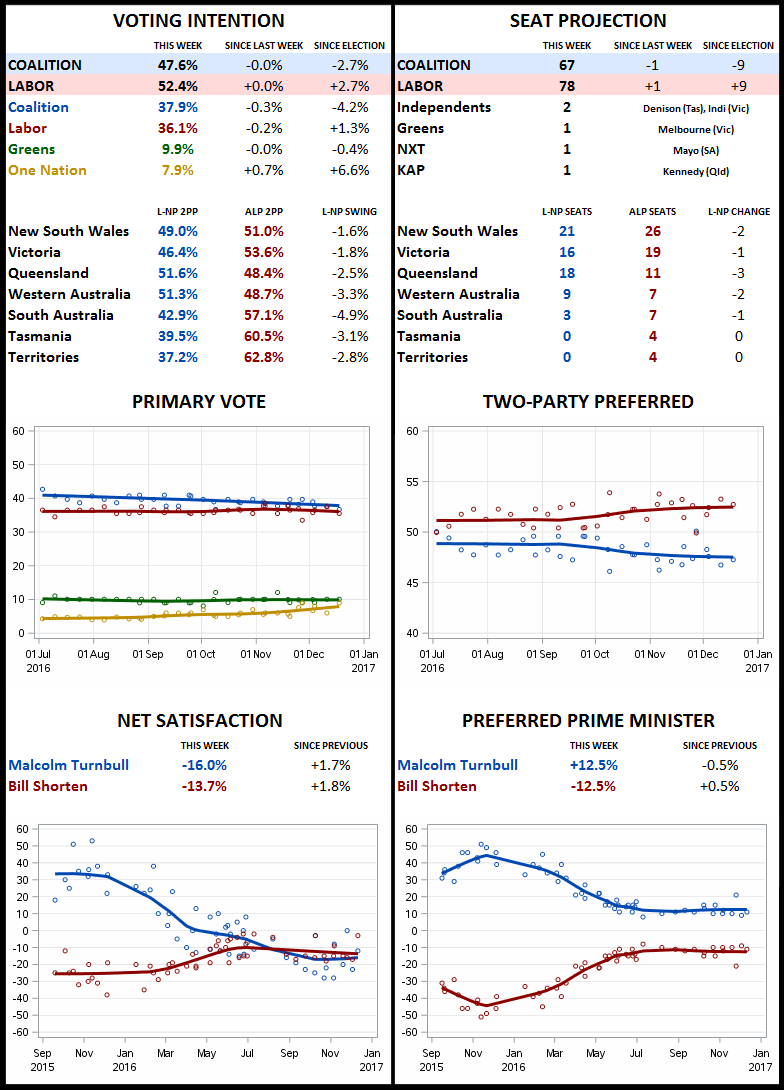