Mild improvement for the Coalition in the poll aggregate this week after better results from Essential Research and YouGov (though not Newspoll).

The Coalition recovers just a little bit from its low base in this week’s reading of BludgerTrack, which incorporates new results from Newspoll, Essential Research and YouGov. The Coalition is up half a point on the primary vote and 0.3% on two-party preferred, although the bigger mover is One Nation, which came in higher from all three pollsters. The only change on the seat projection is a gain for the Coalition in Victoria. After a leap last week on the back of the monthly Essential Research numbers, Malcolm Turnbull’s is down again on the leadership trend after a very different result from Newspoll. The bigger picture on these measures is how remarkably little change there has been since last year’s election. 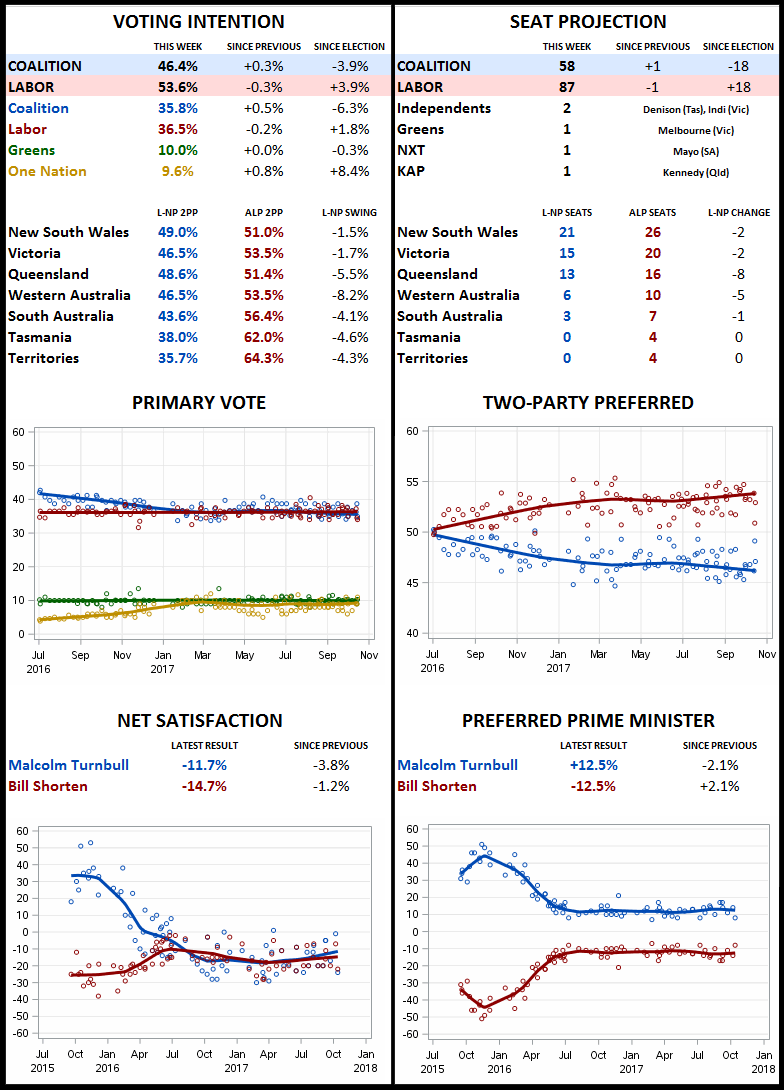