The one brand new poll for the week, from Essential Research, made so little change to the BludgerTrack voting intention numbers that I had to double check the result. There was also an infusion of new state breakdown data courtesy of Newspoll’s quarterly state-level results, but the only difference this has made is to add one to the Coalition tally in New South Wales and subtract one in Queensland. There’s big movement in Malcolm Turnbull’s favour on the leadership trend rating following new numbers from Essential Research, but this measure is over-sensitive to the vagaries of particular pollsters, which I’ve long been meaning to correct for. Full results at the bottom of the post.

Essential Research has also released its quarterly state voting intention results this week, which are accumulated from all of its polling over the past three months. In New South Wales, the Coalition has a steady lead of 51-49; in Victoria, Labor’s lead narrows from 53-47 to 52-48; in Queensland, Labor holds a steady lead of 54-46, which is better than they have been doing from other pollsters lately, with One Nation’s primary vote at a relatively modest 13%; in Western Australia, Labor’s lead is down from 55-45 to 54-46; and in South Australia, Labor has a steady lead of 52-48, with the Nick Xenophon Team’s primary vote at 18%. Read all about it here. 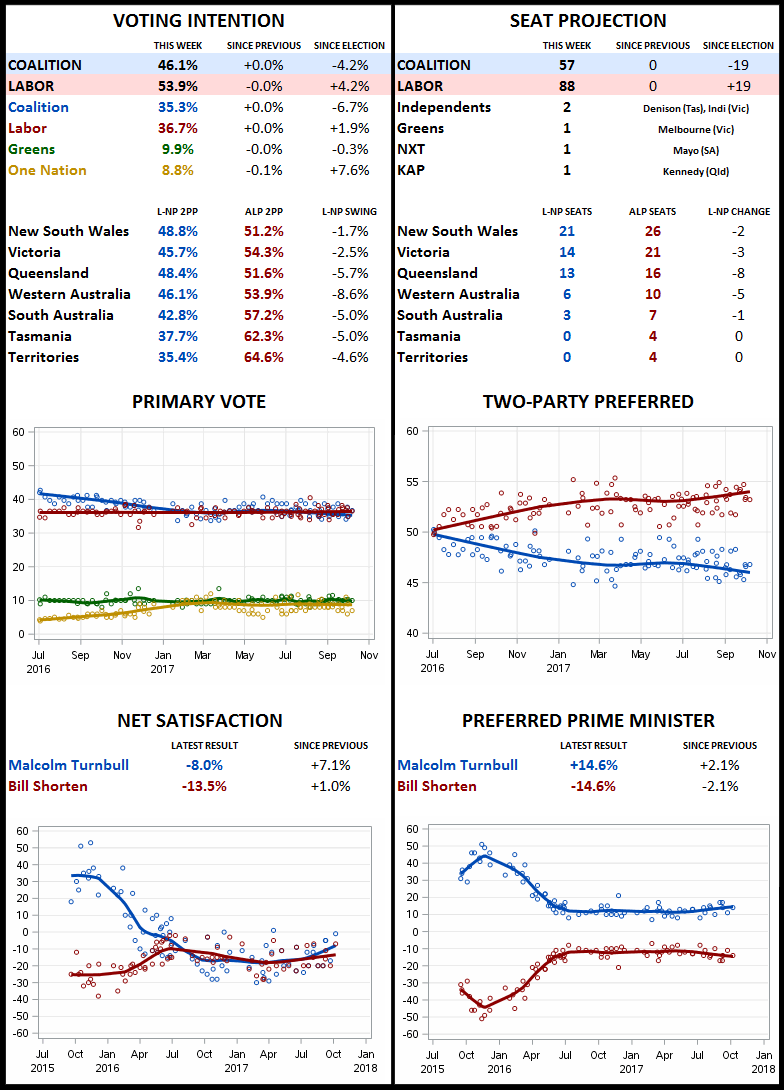