First up, note new threads below on this weekend’s elections in New Zealand and Germany.

Now to the matter at hand: new polls this week from Essential Research and YouGov have done next to nothing to alter the BludgerTrack poll aggregate this week, the biggest change being a reversal of a Greens gain last week. The Coalition nonetheless makes a net gain of two on the seat projection, being up one apiece in Queensland and South Australia. No new results on leadership ratings. 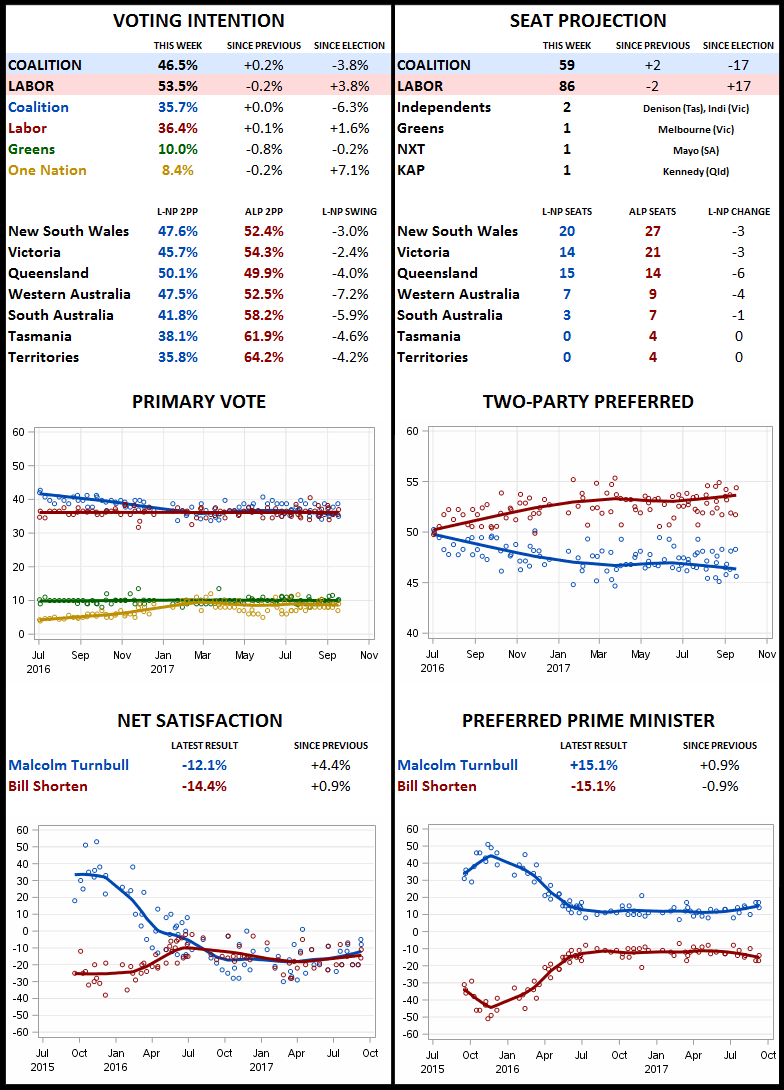