An improvement in the Coalition’s still weak position on the poll aggregate, and a possible first sign of the Greens paying for their recent turmoil.

A bumper crop of three new polls this week has caused the BludgerTrack poll aggregate to revert to type after blowing out in Labor’s favour for a couple of weeks. The Coalition had a particularly strong result in the weekly Essential Research sample, which elicited a one-point movement on its fortnight rolling average. The Coalition has gained three on the seat projection – one apiece in Victoria, Queensland and Western Australia. The Greens have taken a fairly solid knock on the primary vote, which certainly seems intuitively reasonable. However, a two-point drop from YouGov has had something to do with that, and this may for all I know reflect methodological fine-tuning. Newspoll has furnished a new set of data for leadership ratings, which hasn’t yielded anything too dramatic. YouGov also had approval ratings for the two leaders, but I gather they won’t be making a habit of this, so it hasn’t been included. 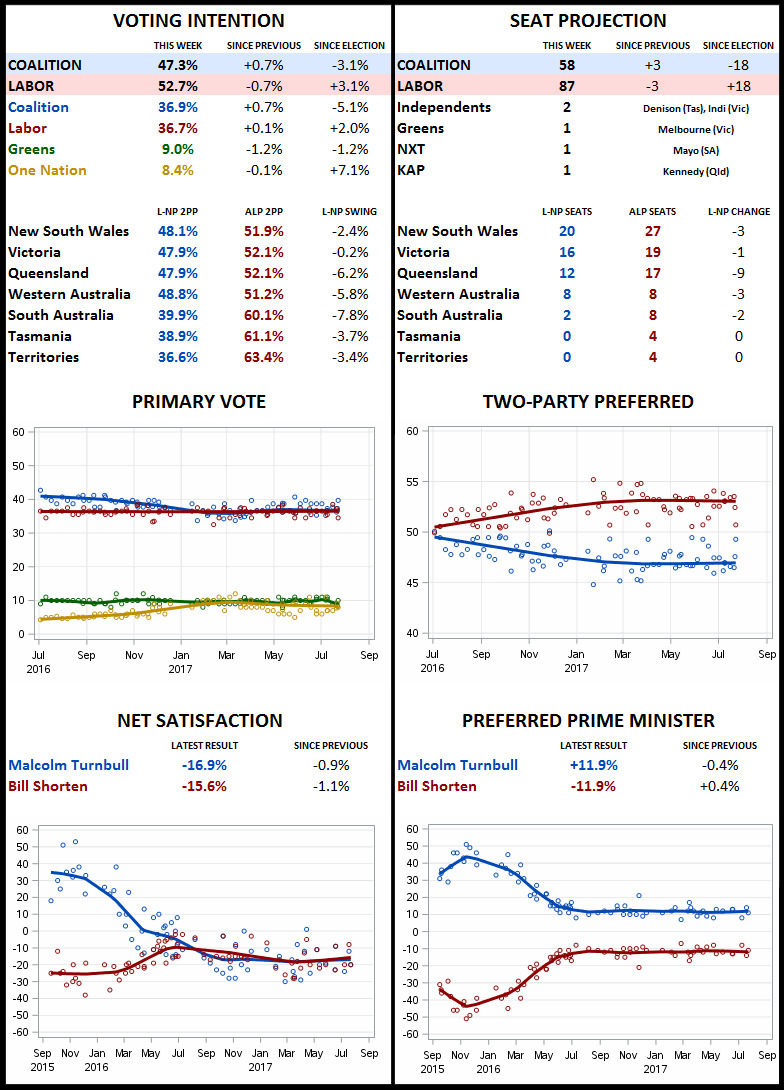