A solid move to Labor in this week’s reading of the poll aggregate, although its concentration in Victoria means it makes no difference to the seat projection.

New results this week from Newspoll, Essential Research and YouGov cause the BludgerTrack two-party reading to bounce back in favour for Labor, who did particularly well this week out of Essential. There was also a new set of Queensland numbers from Galaxy, which, together with the similar poll last week from Western Australia, means the model has fairly robust data to work off at present from each of the four largest states. Last week I warned against reading too much into a slump in the Greens’ national vote and a swing to the Coalition in Victoria, and that’s borne out on both fronts this week: the Greens are the big mover on the primary vote, such that Labor’s two-party gain comes largely in the form of preferences from them, and the pendulum now leans back the other way in Victoria, albeit that it’s still Labor’s weakest state in swing terms.

Despite the Labor surge, there’s no change on the seat projection, which is down to the fact that the Coalition did relatively well out of the Galaxy result from the crucial state of Queensland. This results in them picking up a seat there against the overall trend, cancelling out the solitary gain Labor made from its big two-party improvement in the strategic wasteland of Victoria. The Coalition are also up a seat in Western Australia and down one in New South Wales.

Newspoll and Essential both provided new sets of leadership numbers, which have yielded some slight change in what has been a remarkably static picture since the wake of last year’s election. The change is that both leaders have recorded an uptick on net approval, although Malcolm Turnbull has slightly widened his lead as preferred prime minister. 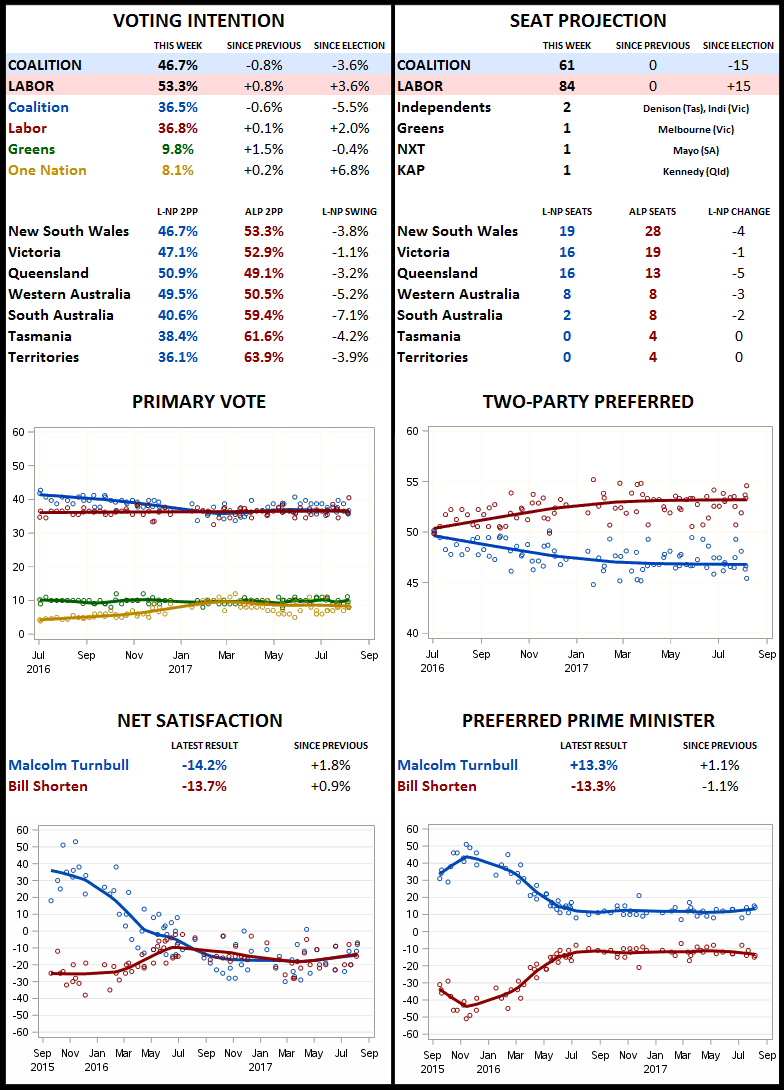