The gap between Labor and the Coalition widens in this week’s poll aggregate reading, on the strength of similar results from Newspoll and Essential Research.

Bit late with this one due to the distractions of last week, but the latest reading of the BludgerTrack poll aggregate records discernible movement to Labor after a period of stasis, with both Newspoll and Essential Research recording 53-47 leads to Labor. Labor is up three on the seat projection, with gains in New South Wales, Victoria and Queensland. Both pollsters produced leadership ratings this week, but they haven’t made much difference to the relevant aggregates. 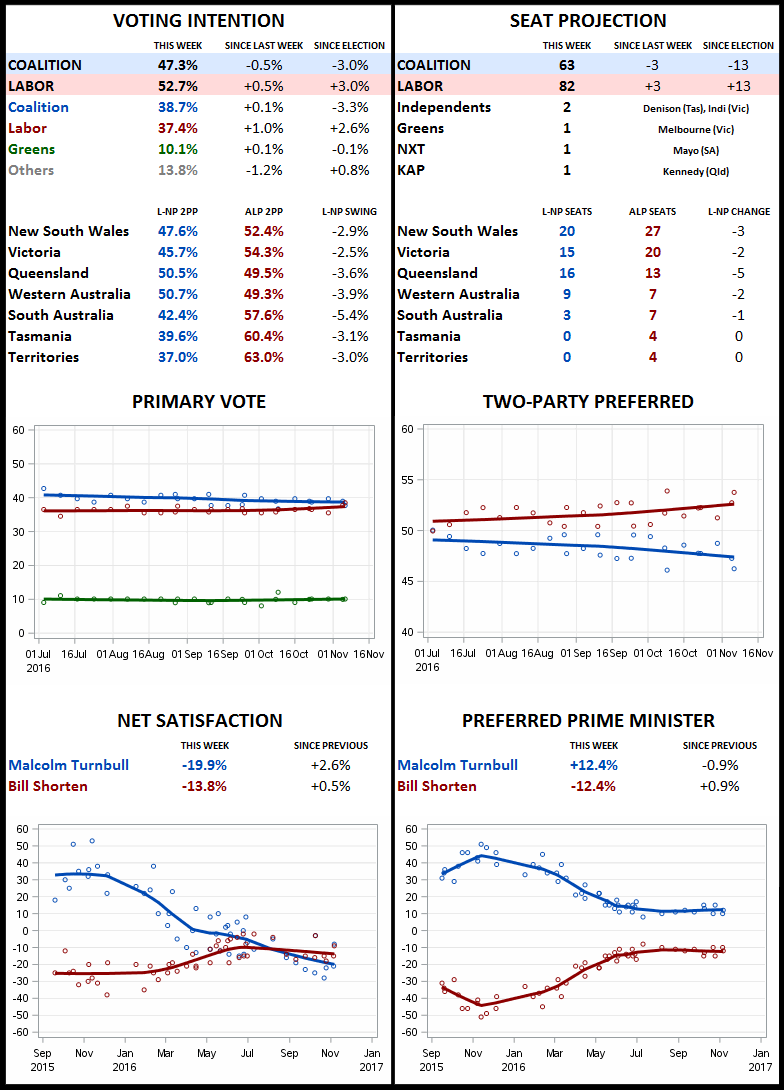