One new poll on voting intention and one on leadership ratings find the BludgerTrack poll aggregate maintaining its recent boring form.

The BludgerTrack poll aggregate has provided remarkably little excitement since it resumed two months ago, with the two-party preferred reading never moving more than a few fractions of a point away from 52-48 in favour of Labor, and the seat projections never changing at any stage, either in aggregate or at the state level. This week is no exception, the only new addition being a lightly weighted result from Essential Research. The Roy Morgan results that were reported in the previous post have been added to the leadership ratings, without effecting any change worth mentioning. 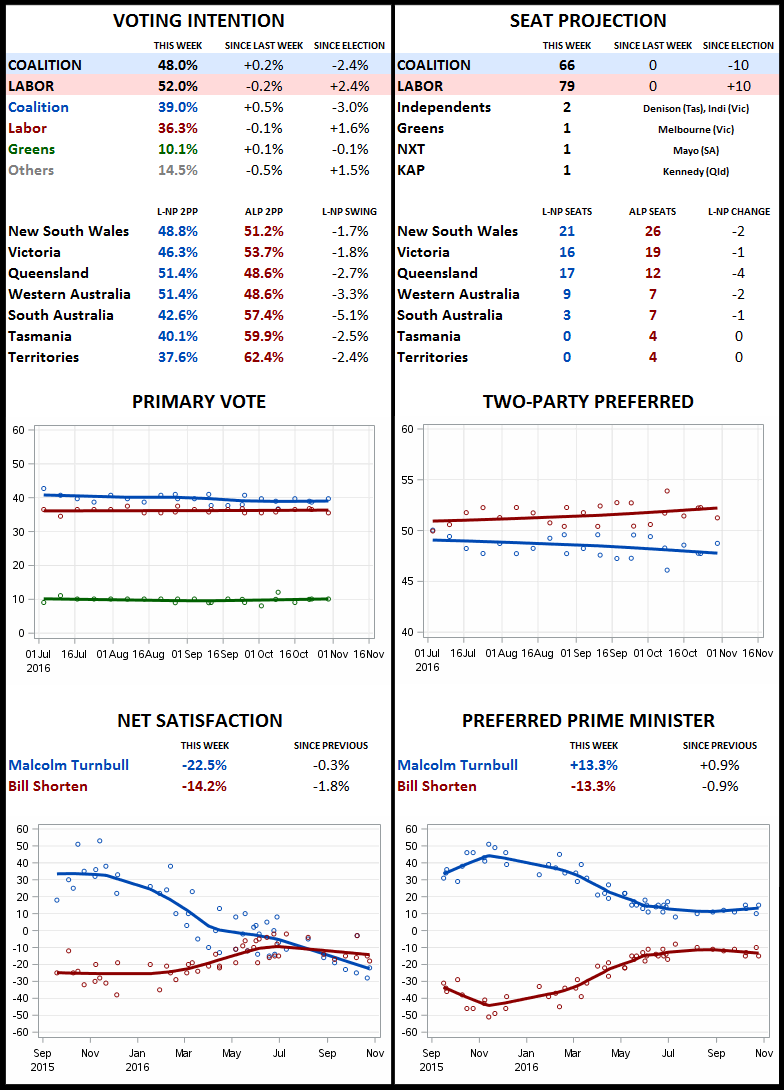