Better late than never, and with apologies for last night’s technical issues, the latest Newspoll result in The Australian overnight recorded a tie on two-party preferred, a slight improvement for the Coalition after Labor’s 51-49 lead in the four previous polls. However, both major parties are down a point on the primary vote, the Coalition to 40% and Labor to 35%, with the Greens also down one to 10%. The combined 15% others vote prompts The Australian to delve into some of what constitutes it: 3% apiece for the Nick Xenophon Team and Family First, 1% each for Palmer United and One Nation. Malcolm Turnbull’s personal ratings are little changed, down one on approval to 37% and up one on disapproval to 51%, but Bill Shorten loses last fortnight’s gains with a four point drop on approval to 33% and a three-point increase in disapproval to 52%. Turnbull’s lead as preferred prime minister nudges from 45-30. The poll was conducted Thursday to Sunday from a sample of 1867.

UPDATE: Here’s BludgerTrack updated with the latest Newspoll, which hasn’t made much difference to it: 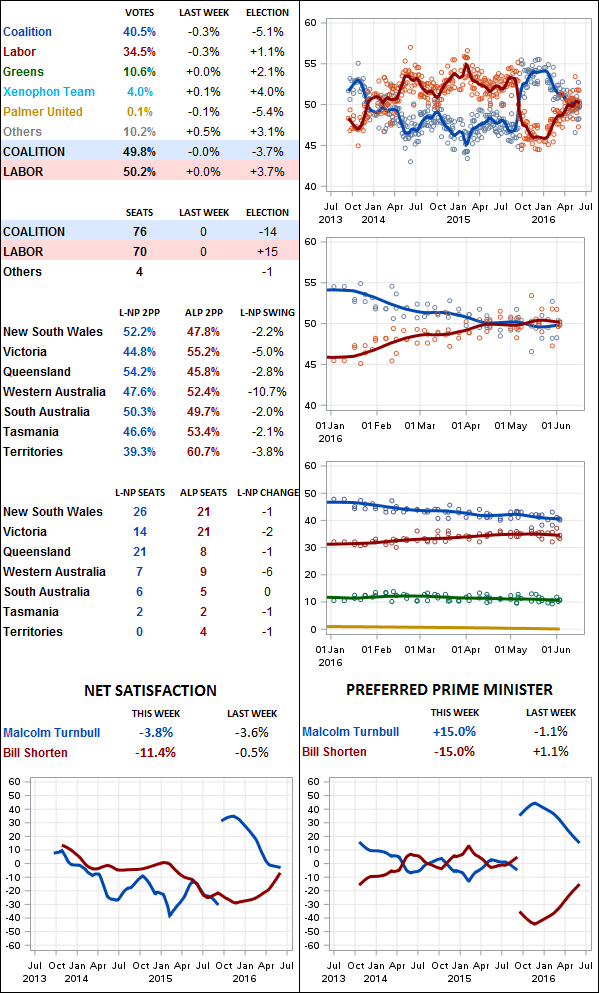