Two new poll results this week, including the first Ipsos poll in four months, have failed to budge the BludgerTrack poll aggregate.

Two new polls this week, from Ipsos and Essential Research, have wrought next to no change in voting intention, outside of an improvement for the Greens. However, their state breakdowns have caused Labor to make a net gain of two, having picked up two in Queensland and Victoria, while dropping one in New South Wales. Both pollsters produced leadership ratings this week, but I would caution against reading anything into the changes in the leadership ratings trends, as I don’t make any effort to correct for Ipsos’s consistent peculiarity in producing unusually strong approval ratings for both leaders. In other words, both leaders are up this week not because their ratings have improved – indeed, the opposite happened, particularly for Bill Shorten – but simply because there was an Ipsos result. This is not an issue with the preferred prime minister trend, on which Malcolm Turnbull increased his lead. 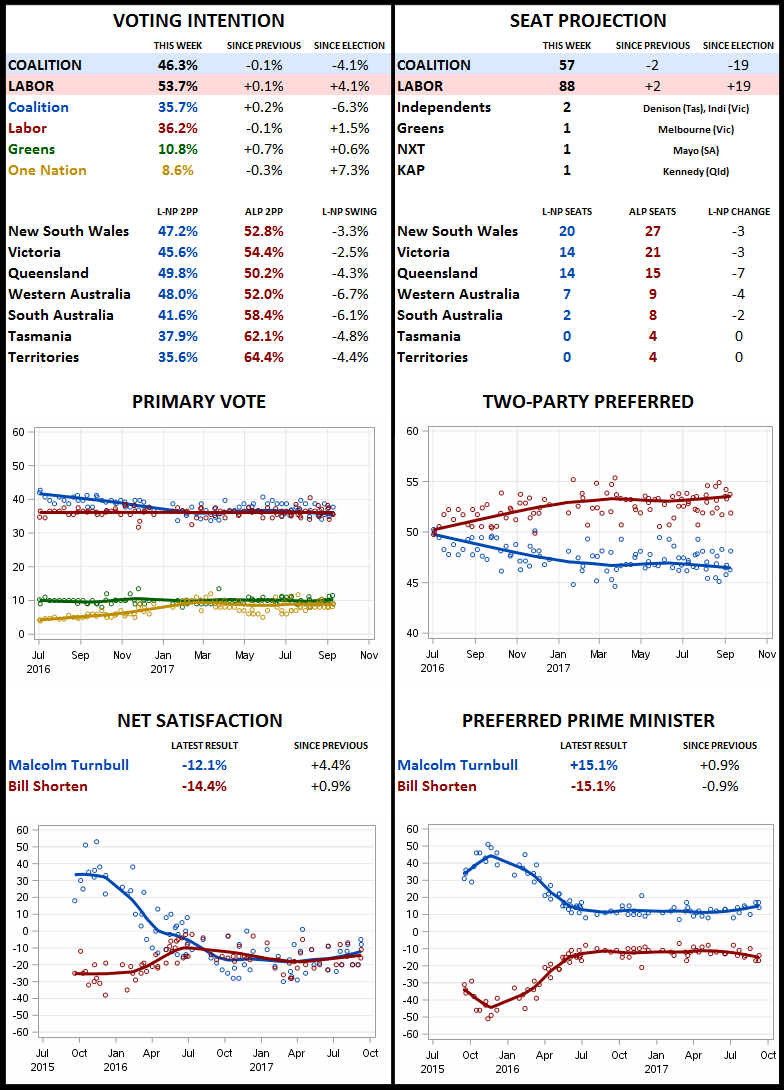