New poll this week from Newspoll (better for the Coalition), Essential Research (worse) and YouGov (about the same) add up to no change at all on the BludgerTrack poll aggregate, except that the Coalition is up a seat in Victoria and down one in Western Australia. The leadership ratings from Newspoll cause Malcolm Turnbull to gain a little ground on preferred prime minister, but lose it on net approval. Full details at the bottom.

First though, some news on forthcoming by-elections, which will get dedicated pages and threads soon enough:

• A date is yet to be set for the by-election in the Victorian state seat of Northcote following the death of on August 23. There will presumably be no Liberal candidate, but the Greens are highly competitive in the seat, having fallen 6.0% short of unseating Richardson at the 2014 election. Clare Burns, a political organiser with the Victorian Trades Hall Council and former speech pathologist, has been preselected unopposed as Labor’s candidate. The Greens will hold a preselection ballot today.

• There are now three state by-elections looming in New South Wales, and the date for them has been set at October 14. Cootamundra and Blacktown were already on the cards, following the respective retirements of Nationals MP Katrina Hodgkinson and Labor MP John Robertson, and Murray was added to the list earlier this week after Nationals MP Adrian Piccoli announced his retirement.

And some localised polling snippets:

• There was a rare Northern Territory opinion poll a fortnight ago, conducted by MediaReach for the Northern Territory News and encompassing a sample of 1400. On the primary vote, the poll has Labor on 43%, compared with 42.2% last year; the Country Liberal Party on 38%, recovering from 31.8%; and “others” on 19%. The respondent-allocated preference result is 50-50, compared with 58.5-41.5 to Labor last year, which implies a near-perfect reversal of the 63-37 preference split in favour of Labor last year.

• (UPDATE: I had a report here on Tony Windsor’s prospects on New England, but I wasn’t looking closely enough and it was actually from before the last election.) 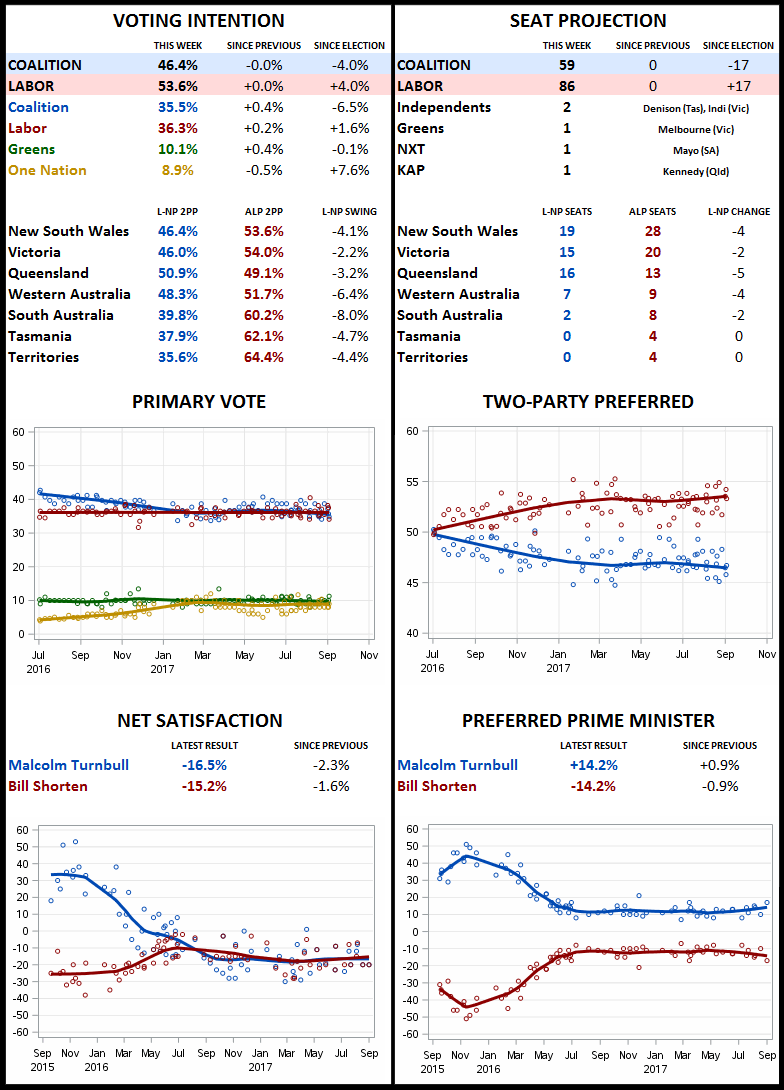