With only one new poll this week, the latest BludgerTrack update yields little to report.

Here’s BludgerTrack, updated with all of one data point from Essential Research. Labor is down a bit on two-party preferred but unchanged on the seat projection, with a loss in New South Wales balanced by a gain in Victoria. And that’s yer lot. 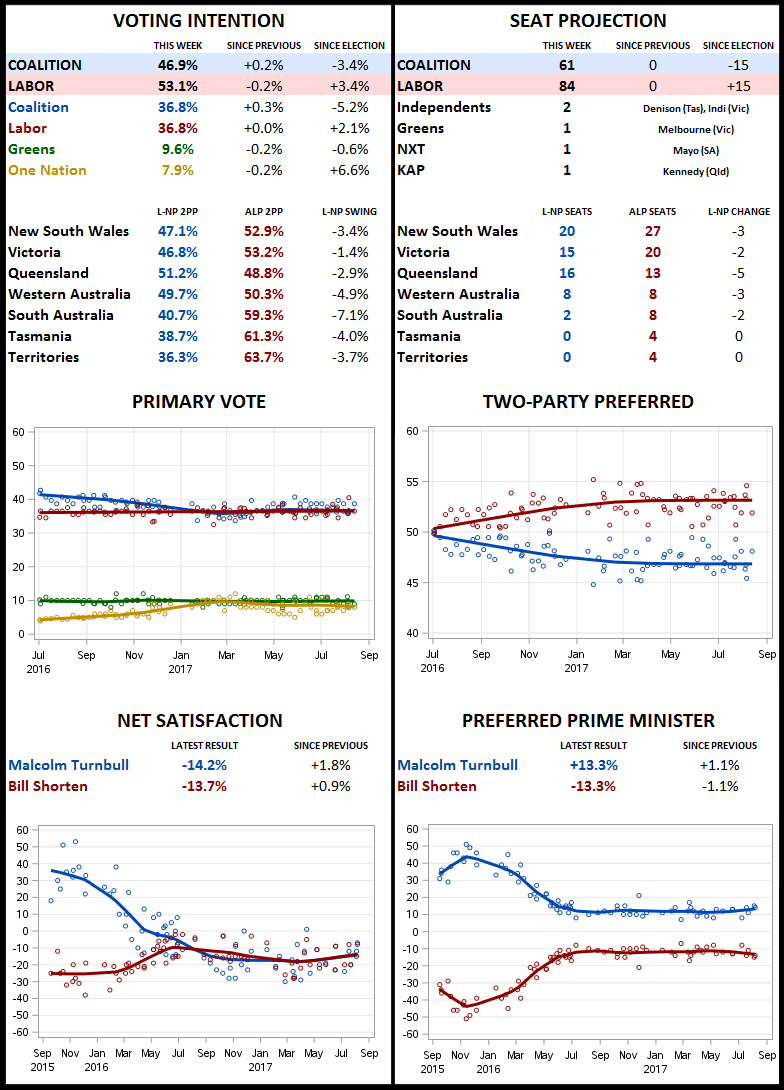