A bit of a fillip for Labor in the latest reading of the BludgerTrack poll aggregate, and also for Bill Shorten whose net approval rating has edged ahead of Malcolm Turnbull’s.

There’s a fair bit going on under the hood in BludgerTrack this week, which is why it’s taken so long. The bias adjustments and weightings have been recalibrated, and I’ve brought the two results so far from YouGov into the model. I’m not sure which of these is responsible, or whether it’s just because of two strong results for Labor from Newspoll and Essential, but there’s been a fairly noticeable bump to Labor on two-party preferred along with a net gain of two on the seat projection, with one gain in apiece in New South Wales, Queensland and South Australia balanced by a loss in Western Australia. A drought on leadership ratings has also ended with two sets of results from Newspoll and Essential, the effect of which is that Bill Shorten has now poked ahead of Malcolm Turnbull on net approval, though not preferred prime minister. 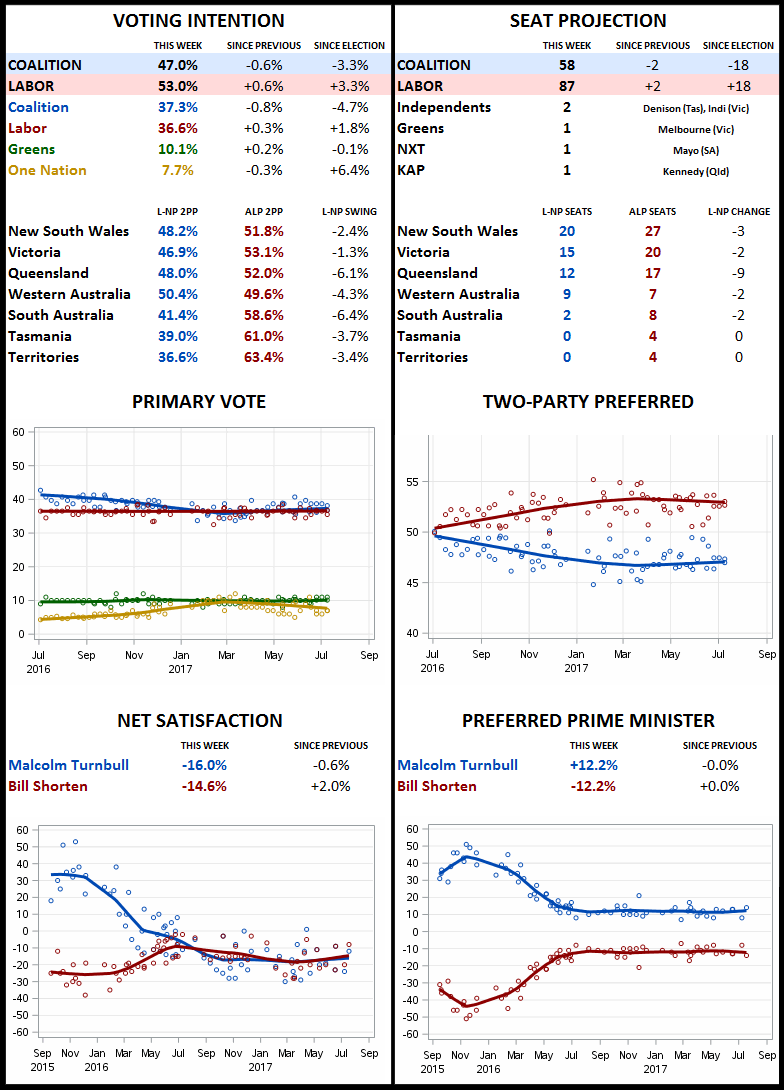