Very slight movement to Labor after a quiet week on the opinion poll front.

The only new poll this week was the usual weekly result from Essential Research, which causes the BludgerTrack poll aggregate to move slightly in favour of Labor. This includes a single gain on the seat aggregate, in this case from Victoria. Nothing new this week on leadership ratings. 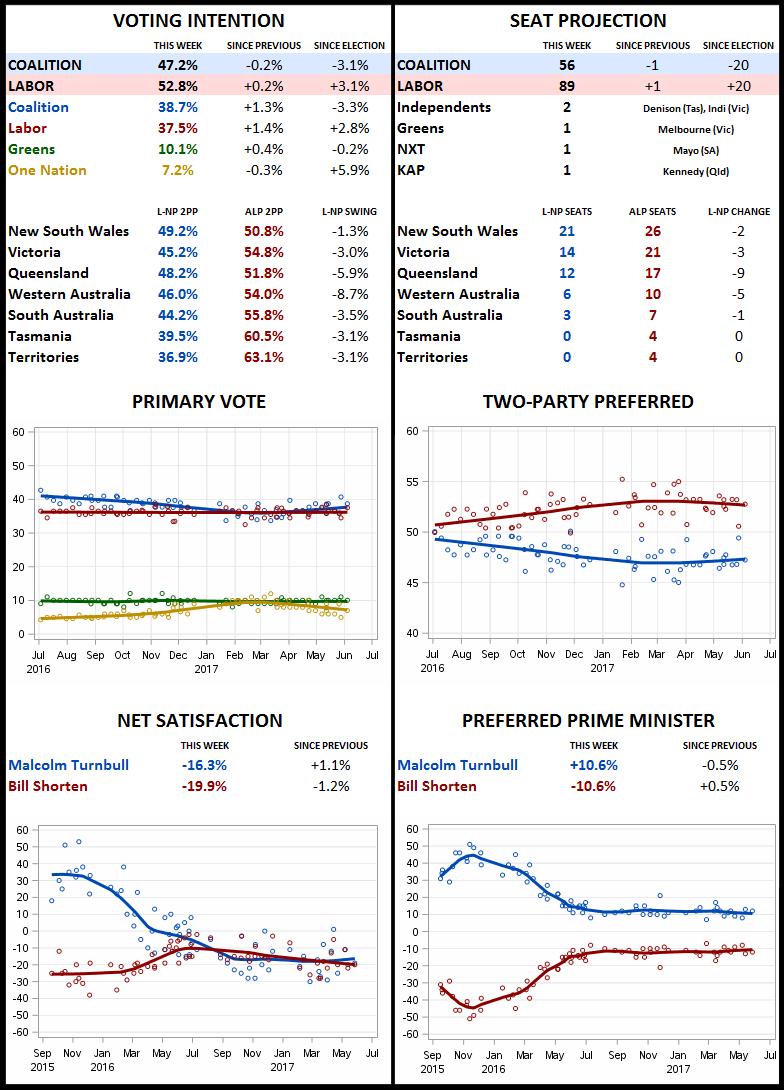