Apart from some slight improvement in Malcolm Turnbull’s personal ratings, Newspoll continues to record no change since before the budget.

The latest Newspoll is absolutely unchanged on the post-budget result from a fortnight ago, with primary votes of Coalition 36%, Labor 36%, Greens 10% and One Nation 9%, and Labor leading 53-47 on two-party preferred. Nonetheless, Malcolm Turnbull’s approval rating is up for the third survey in a row, this time by two points to 35%, although he’s also up a point on disapproval to 54%. Bill Shorten is up one on approval to 33% and down one on disapproval to 53%, while Turnbull’s lead as preferred prime minister is all but unchanged at 45-33, compared with 44-31 last time. As always, the poll was conducted Thursday to Sunday by The Australian from a sample of around 1700.

UPDATE: Here’s the BludgerTrack update I should have run a couple of days ago: 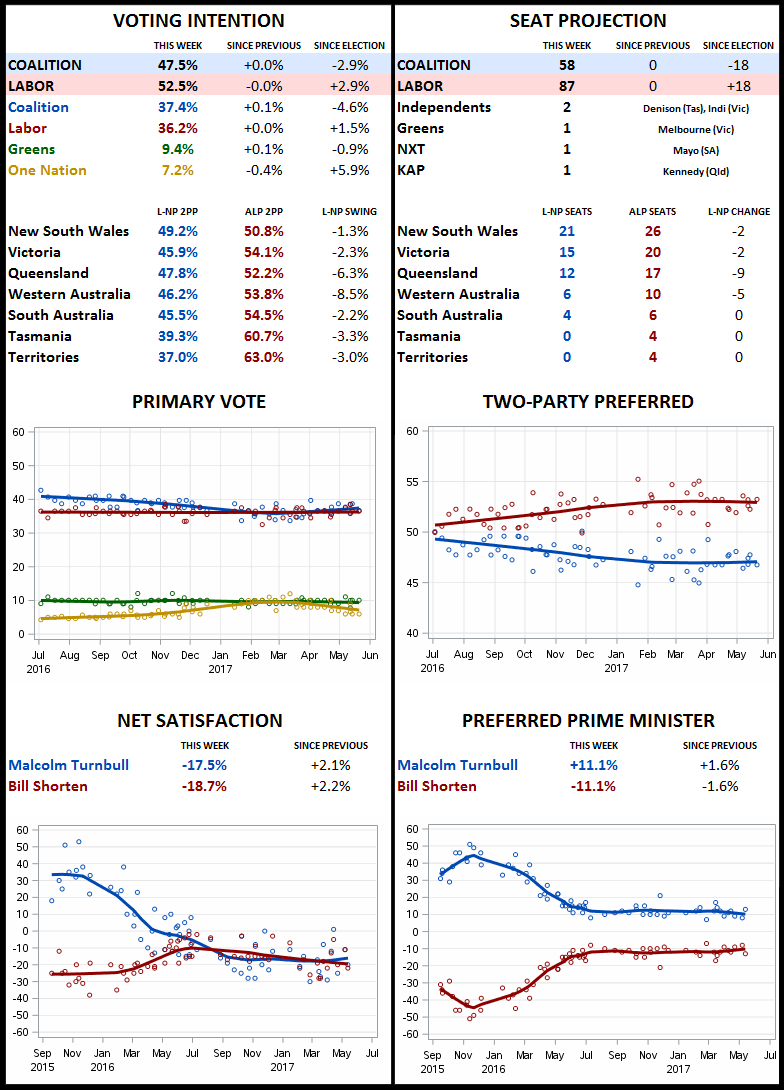