Lots of new data but still no movement on BludgerTrack’s voting intention trend, although there’s a little more going on with leaders’ net approval ratings.

A big week for opinion polling hasn’t translated into a big week for BludgerTrack, which records basically no movement at all on two-party preferred, although there’s some movement on the primary vote from the minor to the major parties, the Greens to Labor especially. On the seat projection, the Coalition is up one in Victoria and South Australia, but down one in Queensland. There is a little more activity on the leadership ratings, for which new numbers were provided by Newspoll and Ipsos, with both leaders improving on net approval.

I’ve now reintroduced Ipsos to the model, which had hitherto been excluded because there were only two data points since the election, and one of them – the first poll in November – was a particularly peculiar result. It still is, a little, but the pollster’s three results together now look acceptably normal after bias adjustments which shift of big chunk of the Greens’ surely inflated primary vote to Labor. Since the latest result for Ipsos was better for the Coalition than the last result in particular, it should up relatively strongly for them.

ReachTEL is not included at this stage, because I require more than one result before I can usefully apply bias adjustments, and last week’s efforts for Sky News and Seven effectively count as a single result as they were conducted at the same time. The media did report on a poll it conducted for GetUp! in January, but this is excluded on the basis of being privately conducted. 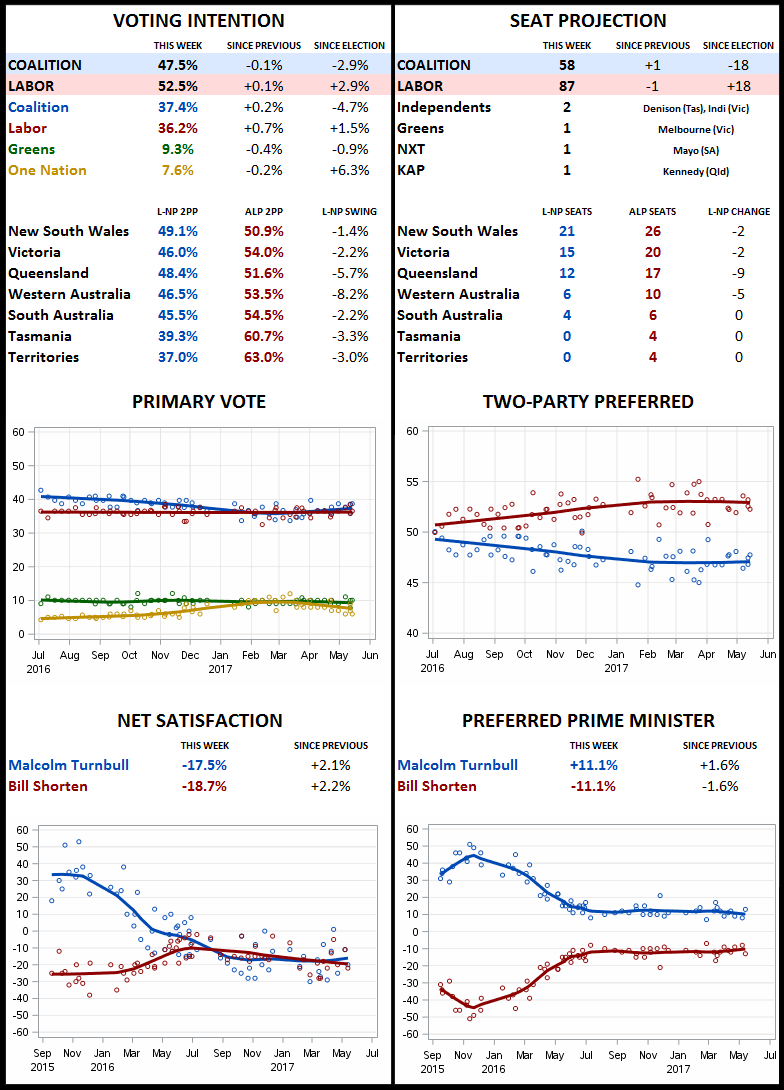