A recalibrated BludgerTrack records a big swing to Labor in Western Australia, and a smaller but even more consequential one in Queensland.

There are finally some interesting developments to report from the BludgerTrack poll aggregate, although they have nothing to do with the headline reading on voting intention, of which the only point of interest is that One Nation has lost its lead over the Greens. Rather, there has been an important change to the way state breakdowns are calculated, which only now is being determined on the basis of trend measures of each state’s results since the previous election, since a fairly substantial number of data points is needed before such measures can be meaningful. In particular, the crude averaging that was being done before was obscuring the big move to Labor in Western Australia amid the backwash of the state election there. It was also dampening the swing to Labor in Queensland, while amplifying it slightly in Victoria and South Australia. The new figures result in a haul of extra seats for Labor on the seat projection, reflecting in particular the richness of marginal seats in Queensland, and the relative paucity of them in Victoria and South Australia. 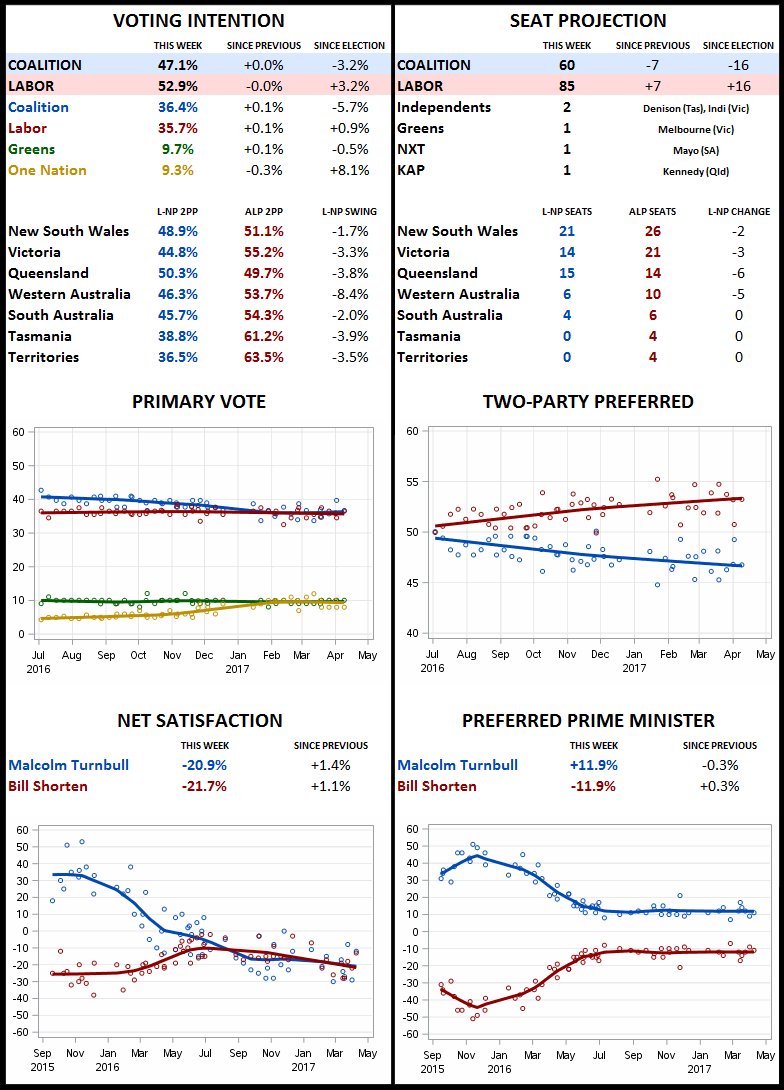