Movement to the Coalition and Malcolm Turnbull after a better-than-usual result from Essential Research.

Slight movement back to the Coalition on the BludgerTrack poll aggregate this week after a soft result for Labor from Essential Research, which together with a Queensland-only result from Galaxy was the only new federal poll this week. This causes a 0.3% cut in the Labor primary vote and two losses on the seat projection – one in New South Wales and one in Queensland. Essential also had leadership ratings this week, and while the weak result for Bill Shorten hasn’t made too much difference to the poll aggregate reading, the difference is sufficient to put Malcolm Turnbull back in the lead on net approval. 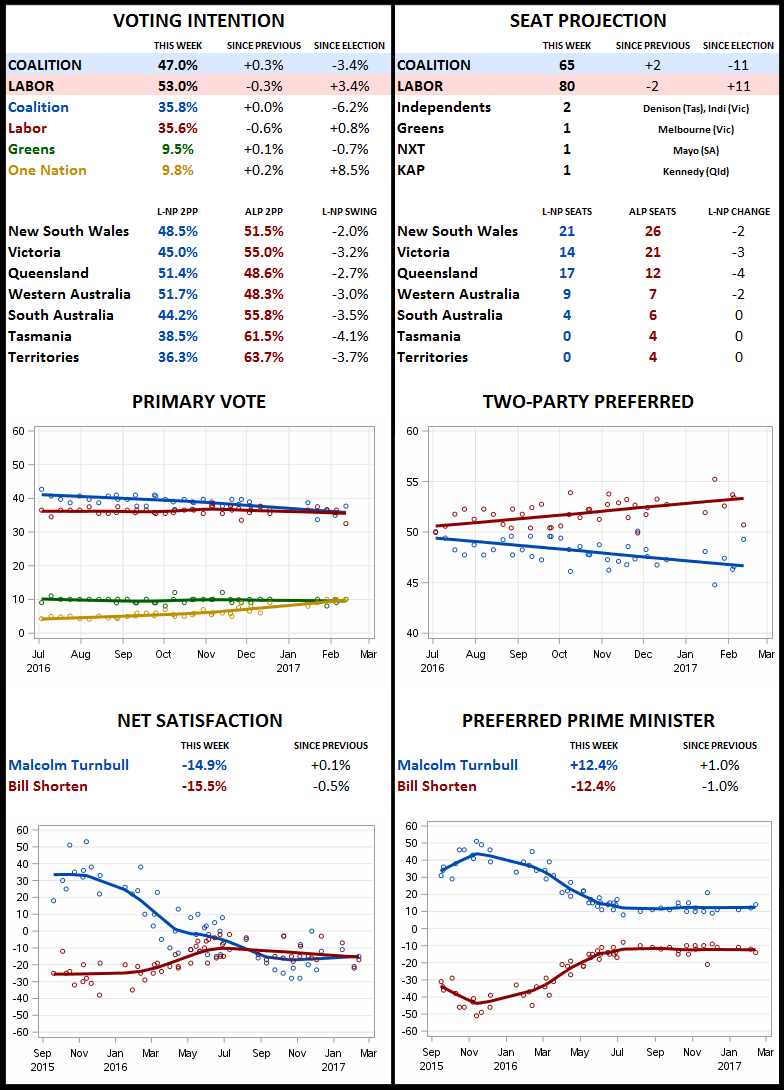