National polling in the US over the fortnight shows a slight narrowing in the blowout lead Hillary Clinton recorded in the wake of the Democratic convention.

A new thread for discussion of the US presidential election campaign. Here is an update of the poll tracker I last run a fortnight ago. Hillary Clinton is now at 46.7%, down from 47.7%, while Donald Trump is up from 38.5% to 41.4%. 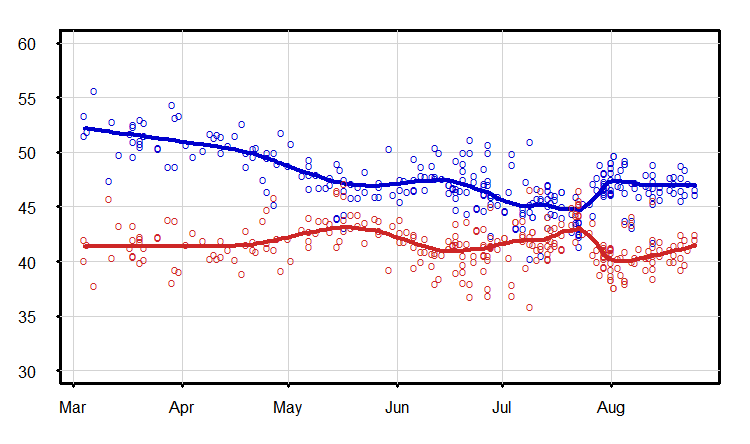 7 comments on “Presidential election minus 10 weeks”