With a week to go, Newspoll finds the Coalition poking its nose in front for the first time since March, albeit by the barest possible margin.

The Australian reports Newspoll shows the Coalition opening a 51-49 lead, from primary votes of Coalition 43% (up two), Labor 36% (steady) and Greens 9% (down one). Malcolm Turnbull is up one on approval to 37% and steady on disapproval at 51%, Bill Shorten is steady at 35% and down one to 50%, and Turnbull leads 45-30 as preferred prime minister. The poll of 1713 respondents was conducted Thursday to Sunday. Here’s the latest BludgerTrack update, including tonight’s Newspoll and yesterday’s Galaxy: 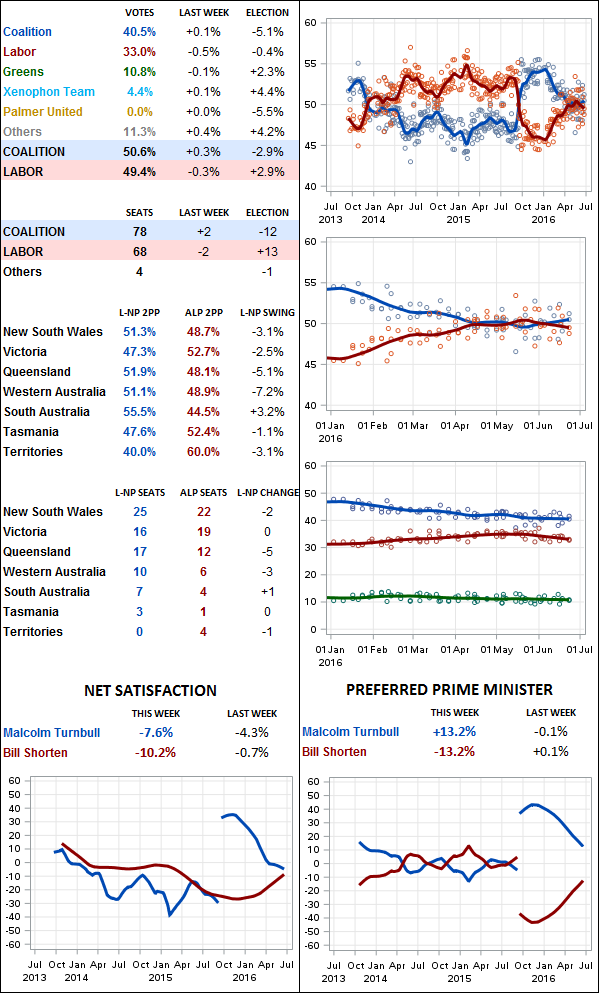 Here’s a closer look at how the minor party vote has tracked since the 2013 election, with the Greens shown in green, Palmer United in orange-brown, and others in grey.