The draft boundaries for the Queensland federal redistribution have been published, and the big story is that there is no big story. The redistribution is being held because the existing boundaries have reached their maximum permissible life span of seven years, and not because a change in the state’s seat entitlements or a serious imbalance of elector numbers, such as would necessitate more dramatic change. What we have instead is a total of 10 minor adjustments to existing boundaries, none affecting more than around 5500 voters.

The big question was how Peter Dutton’s electorate of Dickson might fare: it gains around 4000 voters in a small area of Bridgman Downs and McDowall from Lilley, a conservative voting area that by my reckoning lifts Dutton’s margin from 1.6% to 2.0% (and adds 0.5% to the 5.3% Labor margin in Lilley). The largest transfers are of roughly 5000 voters from Griffith to Moreton (parts of Annerley and Tarragindi), Leichhardt to Kennedy (parts of Bentley Park and Edmonton in southern Cairns) and Ryan to Blair (an area around Karana Downs), none of which is of any great consequence electorally. 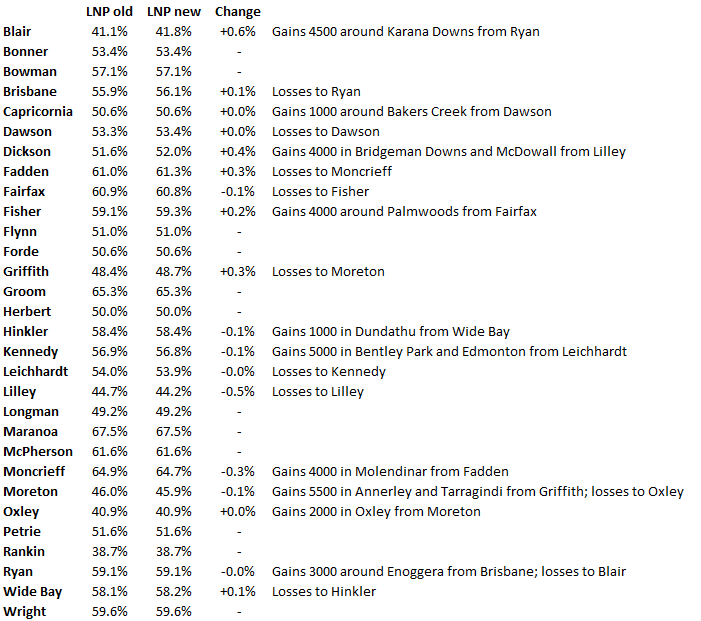