Labor records a second week of solid movement on the poll aggregate, although this doesn’t yet account for the Coalition’s relatively good result from ReachTEL.

BludgerTrack moves half a point and three seats in favour of Labor this week, which mostly reflects the fact that it’s been a while now since the Coalition had one of the relatively good data points that are discernible in late May and early June on the two-party trend chart below. This week’s movement may have been ameliorated if the ReachTEL result had been included, but it hasn’t been because I haven’t yet seen the primary vote numbers inclusive of the forced response for the undecided. In other words, the only new result is a strong one for Labor from Essential Research. On the seat projection, Labor is up one in Queensland and two in Western Australia. Nothing new on leadership ratings.

Another new poll worth noting is the Political and Social Views Survey from JWS Research, based on an online survey of 1251 respondents earlier this month. Respondents were asked to identify where they placed parties, leaders and themselves on a zero-to-ten scale along two dimensions: left-right politically, and progressive-conservative socially. The average respondent identified as fairly solidly right of centre, with respective mean scores of 6.3 and 6.0. However, this may indicate a bias towards right-of-centre results across-the-board: even the Greens barely made it to the left on the left-right dimension, and all comers were in the conservative half of the conservative-progressive dimension. Respondents overall saw little distinction between the Coalition and One Nation, and regarded Tony Abbott as the most radical actor out of those on those offer. While the average respondent identified slightly closer to the Coalition on left-right, they landed much closer to Labor on conservative-progressive. 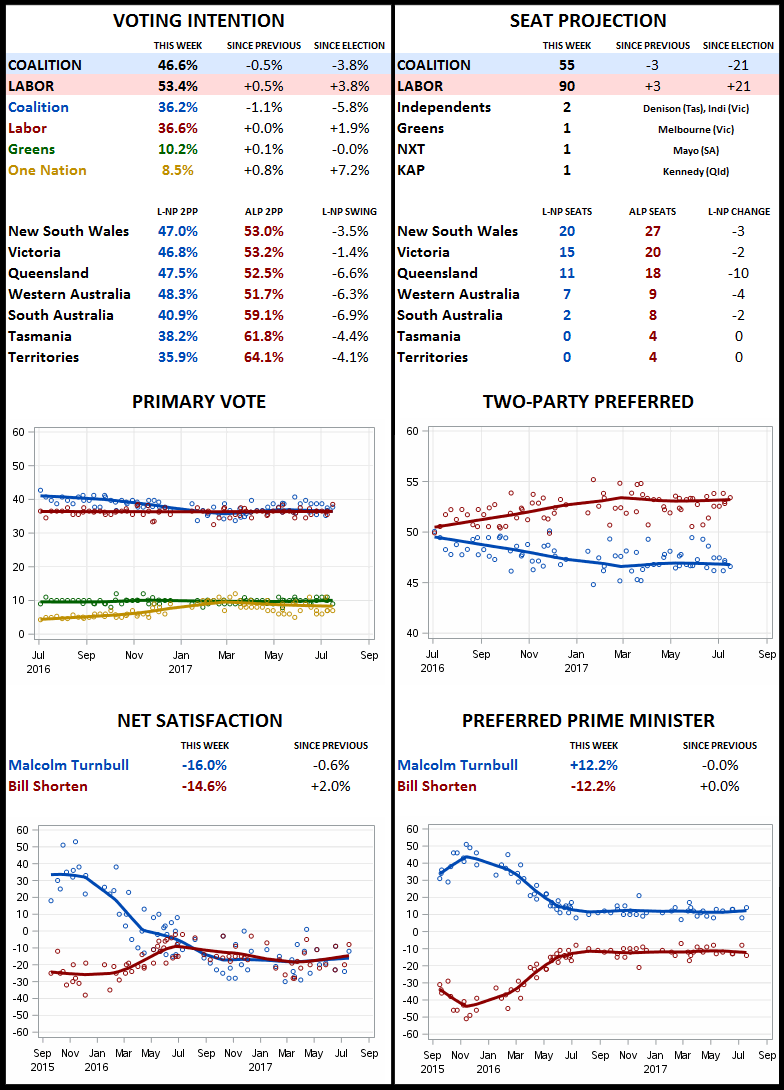