Some consolation for One Nation courtesy of Essential Research, which records the party’s national vote at a new high.

The Guardian Australia reports the latest result of the Essential Research fortnight rolling average has two-party steady at 53-47, with the Coalition down two on the primary vote to 35%, Labor down one to 36%, One Nation up two to 11% and the Greens steady on 9%. There is as always a bunch of other stuff in the poll, which you can read about in the report, or here when I get around to writing it up tomorrow.

There was no BludgerTrack update last week for reasons that should be apparent if you scroll through the last few posts, but here it is now. To be clear, this is what I should have run last week, and does not include this latest result, which I’ll include in my next run later in the week. 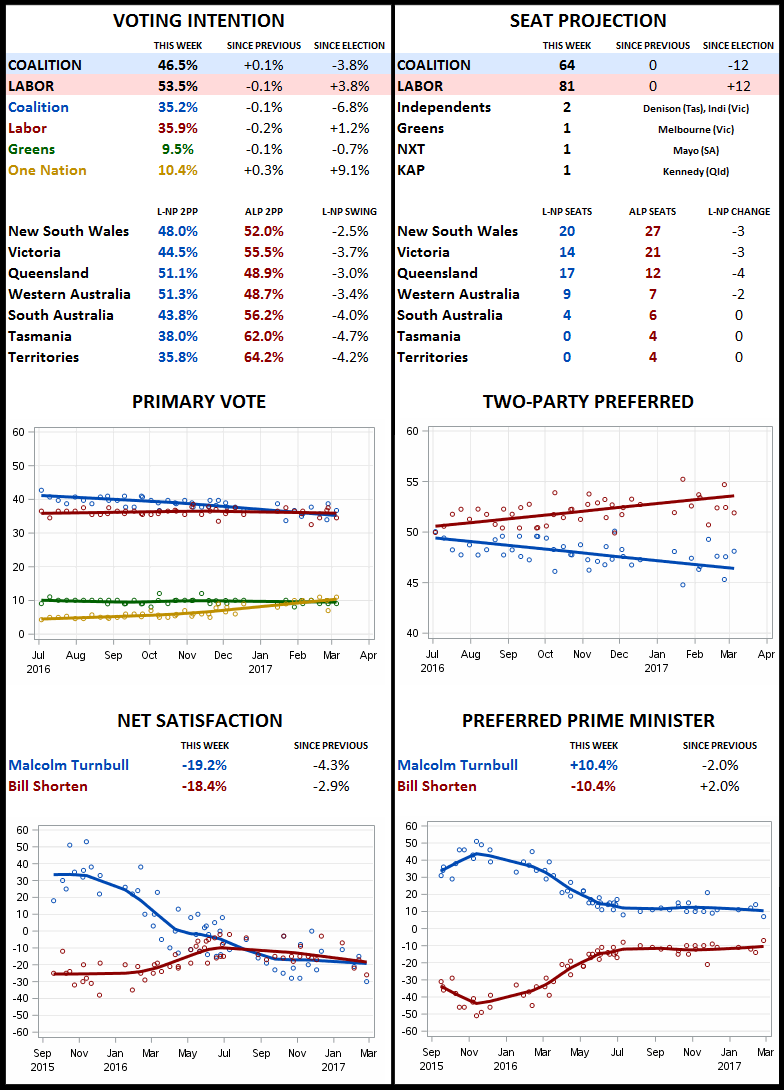