After all but closing the gap in the lead-up to last week’s debate, national poll aggregation now finds Donald Trump on more familiar ground.

I’ll be making updates of my presidential election poll tracker a regular Tuesday thing from now until the big day on November 8, five weeks from today. The last week of movement captures Hillary Clinton’s bounce from the debate and the residue of Donald Trump’s erratic form in its wake, with Clinton up from 46.0% to 47.8% and Trump down from 45.0% to 43.7%. 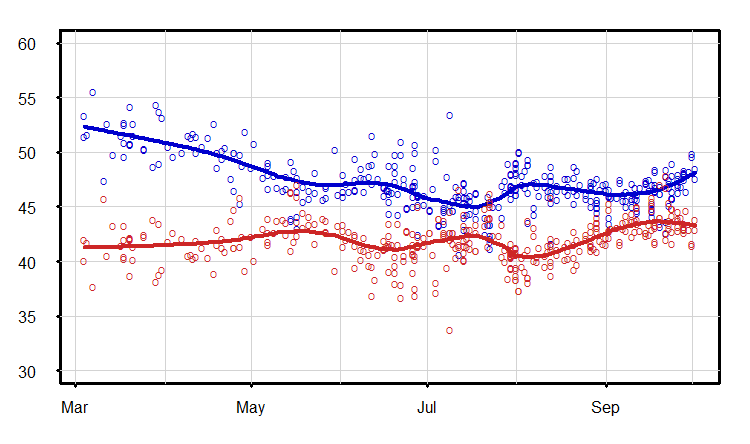