When I last performed this exercise on October 4, half way between the first and second debates, Hillary Clinton led Donald Trump 47.8% to 43.7%. Since then, Clinton has gained 1.4% and Trump has lost 1.6%. Two and a bit weeks to go … 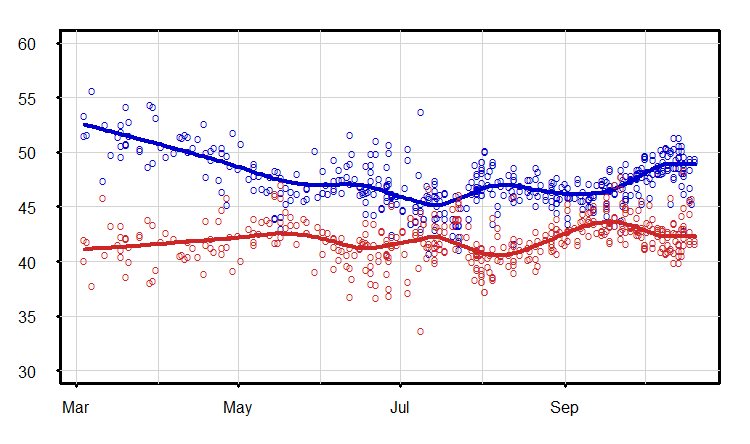