On the eve of the first debate, presidential poll aggregation records Donald Trump all but closing the gap through a steady upward trend going back to the early August.

Hillary Clinton and Donald Trump square off for the first presidential election debate this morning our time, so it seems an opportune moment for another run of my national polling tracker. The recent trend is very clear, but Clinton retains a lead of 46.0% to 45.0%. This was done using the polling data aggregated at Huffington Post, by calculating bias adjustments, applying crude weightings to pollsters based on experience and performance, determining an “others” trend from those polls that published results for other candidates, and then determining trends for the major candidates’ shares of the non-others vote. 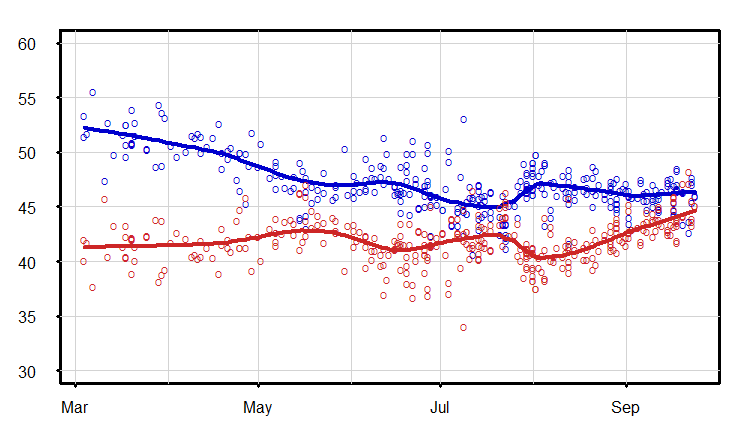